What is the Chinese Moon Festival?

The Chinese Moon Festival is celebrated every year, falling on the 15th day of the 8th lunar month of the year and is also known as the Mid-Autumn festival. As one of the longest celebrated traditions, the moon festival holds deep importance within Chinese culture.

The legend behind the celebration is based upon a beautiful woman named Chang’e and her talented archer husband, Hou Yi. Her husband saved the people of planet earth by shooting down 9 of blistering hot suns, for his bravery he received an elixir of immortality. One night, a student of Hou Yi invaded the house in an attempt to steal the elixir. To protect this magical potion, Chang’e drank the elixir and became the immortal moon goddess. Hou Yi missed his wife, so he spent his time creating moon shaped offerings to try to connect with the moon goddess.

How is Moon Festival Celebrated?

Today, the Moon Festival is celebrated by family members reuniting and enjoying traditional Chinese food together. The table is usually placed outside in the direction of the moon so that the family can worship it together. Moon shaped fruits and vegetables are significantly important in this activity as they represent the importance of the lunar calendar within Chinese culture.

Another typical activity is, decorating paper lanterns with colourful designs and wishes for loved ones. They are then set free to drift towards the direction of the moon as a symbol of appreciation. In modern times, these lanterns have become a more popular aspect of the event and can be displayed around public areas such as parks or outside individual’s homes.

What is Eaten during Moon Festival?

Food is a key element to this ceremony as it unifies family and friends together, additionally Chinese people often take this time to thank the Gods for their land and the food produced during harvest season. The Moon Festival honours Chinese cuisine by incorporating traditional and seasonal foods into each dish, common ingredients include duck, fried rice, pumpkin and pomelos. The main course is always followed by a plate of mooncakes, which represent Hou Yi’s act of worship to his moon goddess.

What is Eaten during Moon Festival?

Mooncakes are traditionally filled with a lotus paste to give them their sweet taste. However, as this paste is difficult to find in the western world, the recipe can be modified by using red bean paste.

Creating your own mooncakes can be a simple task if you follow our Camseng recipe: 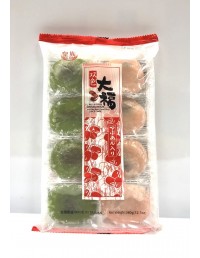