The Japanese Festival of Gion Matsuri

What is Gion Matsuri?

Every year as the warm summer nights of July ascend over Japan, with glowing sunsets warming the streets, thousands flock to Kyoto to celebrate the largest annual festival of Japan; Gion Matsuri. A festival overflowing with colour, elaborate decorations and delicacies, Gion Matsuri encaptures the Japanese culture perfectly.

For the entirety of a month, parades flood the streets of the Gion district and fragrant aromas of Japanese street food waft through the alleyways of Kyoto. It is undoubtedly the most famous festival in Japan and showcases an uninterrupted history that dates back to 869 AD.

Gion Matsuri originally started as a religious festival to appease the gods during an outbreak of an epidemic. However, since 970 AD the festival became an annual tradition and the Japanese have since brought to life the streets of Kyoto in an annual tradition every July.

The event that makes Gion Matsuri so famous involves a procession of floats that parade the riverside on the 17th of July showcasing an extravagant display. Although many smaller floats take place on alternate nights, the Yamaboko Junko is by far the highlight of the festival. Smaller events include private homes opening up their doorstops and showcasing the family heirlooms.

How is Gion Matsuri celebrated?

In addition to these parades, one of the most enjoyable experiences of the festival involves an array of delicious food offered by vendors. During Gion Matsuri, the streets are lined as far as the eye can see with Japanese street food stalls, all dedicated to feeding the endless crowds of festival-goers.

Succulent chicken pieces are skewered onto a steel or bamboo skewer and barbecued over a charcoal grill; perfect for filling you up ready for a night of festival activities.

Named after the Tai fish, this is a fish shaped cake which can be filled with various fillings, the most common being a traditional red bean filling. However, custard, chocolate, cheese and sweet potato fillings are also popular favourites!

Considered a Japanese snack, this is a somewhat both sweet and savoury. Made of wheat flour batter and filled with diced octopus, tempura scraps, pickled ginger and green onion. Covered in a sweet tantalising sauce, this is the perfect seafood street food to keep festival goers happy.

One of the most popular dishes of Japanese street food, this  savoury pancake is loved by all! Usually made from a combination of flour, cabbage, fresh meats and vegetables to create a dense pancake texture. It is drenched in delicious sauce and served with a variety of toppings.

A sweet Japanese dumpling, these are served on skewers and often accompanied with a green tea. They make for a great dessert to finish up your food fest along the streets of Japan.

If you want to try making these for yourself at home, check out our 'Ready to fill Dumpling Pastry' available at Camseng. 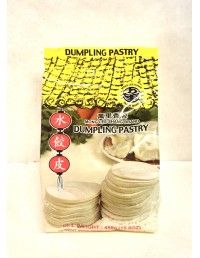